THE MANY COVERS OF "TOO EASY"

﻿Too Easy was translated into French, German, and Dutch,

and published by at least six separate publishers.

“A witty and entertaining look at our dark sides.” – Kirkus

Robert Saunders is a newspaper editor with a Volvo, a place in the suburbs, and a marriage that’s getting dull.

Kathy Becker, who works at the same newspaper, has no doubt that Robert deserves a better wife. Her. Kathy is smart, focused and pretty. Robert hardly knows what hits him, especially when Kathy starts seducing him in secluded corners of their building.

But Anne Saunders isn’t going to give up her husband that easily. And though she’s not usually the kind to take desperate measures, she decides to defend what is hers.

Suspenseful and harrowing, sometimes funny and often sexy, Too Easy is the “unwed mother of all page-turners….So well written it’s frightening” (Kinky Friedman, author of Elvis, Jesus & Coca-Cola). It’s a stylish psychological thriller about the bad decisions we make in life and love.

“Price writes extremely well…. The book's pace is breezy and mile-a-minute, kind of like New York City where the tale is played out…. You will smile at the author’s wonderful phrases.” — The Washington Times

“As the answers unfold and the narrative plunges on to its surprising ending, Price catches the reader in a spellbinding account of the inner thoughts of his characters, as the simple mushrooms into the complex and right and wrong fuse.” — The Daily Press

“Price sneaks elegantly from inside the head of one to another, revealing weaknesses, conjuring up a pitying sympathy for each and giving the snappy dialogue the depth and background it needs. Certainly, this is a man who has female friends: his girl talk is top class…. The film contract is probably already on his agent’s desk. Too Easy the movie could have been made in gritty and glamorous 1940s black-and-white, with Ann Baxter as Anne, Kirk Douglas as Robert and Joan Crawford as Kathy….The point of the story is how easy – too easy – it is to slip from wanting something badly to doing bad things in order to get it.” — Sunday Times (London)

“Fast-moving, raunchy to the max.” — Chris Chase in Esquire

“in the best sense of Anne Beattie or John Updike, Bruce Deitrick Price renders contemporary lives like a doctor trained to find arteries riddled with deceit. Never blinking about the simple and the complex lies we tell ourselves, never without giving the reader a character to hold onto, he delivers his story with nerve and verve. Too Easy is too good to put down.”  — Christopher Zenowich

Bruce Deitrick Price is the author of American Dreams, The Man Who Falls in Love with His Wife, Big Dog, and Art and Beauty. His novel Too Easy was translated into French, German and Dutch. An artist and a poet, he also writes extensively about education and founded Improve-Education.org in 2005. He lives in Virginia Beach.

THE COVER THEY DIDN'T USE

This is a proposed cover, which I threw together quickly, to show another strategy.

Namely, to suggest the energy and originality of the book;

and at the same time to show it's a story about three people.

Yes, the "model" in the middle is Jeff Bridges. This is the guy I was always thinking Robert looked like when I was writing the book.

The female models are fairly close to the people I had in mind. 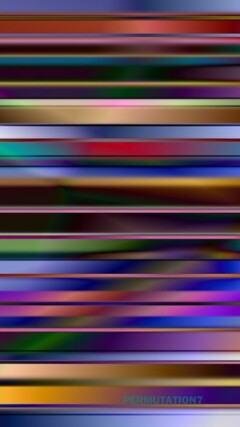